This post was originally published in the Shreveport Times, August 21, 2014. Author Jeb Breithaupt 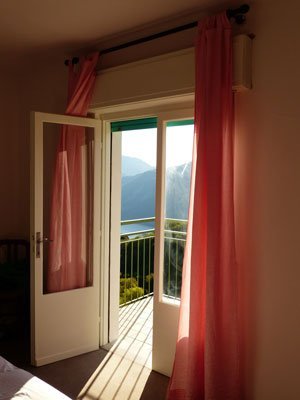 It doesn’t happen too often, but every now and then I’ll get a call from a pair of good friends who are getting a little older and have decided to share a home both for companionship as they age and to help each other out because they don’t have family nearby.

So they want to live together, but in separate quarters.

They might like to share the kitchen, living room and other common areas of the house, but they want separate — and equal — master bedroom/bathroom suites; separate home offices; and maybe even separate hobby rooms or outdoor decks.

Sometimes the same request comes up when a homeowner wants to make room for an older parent — but the parent would like to continue to live an independent lifestyle — albeit, with family close by.

Or an empty-nester couple welcomes a grown child — and maybe even her small kids — back into the “coop” after a divorce or a financial setback.

It’s a smart request that can prevent a lot of problems. Too often, I hear both friends and clients complain that the “roommate” — even when she or he is a dear friend, a much-loved parent or a welcomed adult child — is cramping their family’s lifestyle, making their homes too noisy or infringing on the privacy of the original homeowner.

That makes for a tense household. Better: Make a plan to accommodate the addition to your family so she doesn’t feel like a guest or intruder in her own home — and so you don’t feel put out.

Ideas for Your Remodel

Here are some ideas for remodeling your house so everyone has a place of his or her own — a first step toward harmony.

Carve two master suites out of a three- or four-bedroom home. You’ll lose at least one of the extra bedrooms, but the two new suites will be roomy and will likely appeal to other multigenerational families when it’s time to sell the home.

This is good advice from someone who knows how to see the remodeling possibilities. Some homes are better suited to sharing than others. Many homes can be made more sharing-friendly. As my friend who remodels for a living says, “The big things are cheap. It’s the details that cost.” So putting up or taking down a wall is not such a big deal. But changing faucets  or countertops can be very expensive.

Do you think your home could be made more comfortable for sharing? What ideas do you have for that?